PROALT exhibits and presented at the investment forum in BIOSPAIN 2016 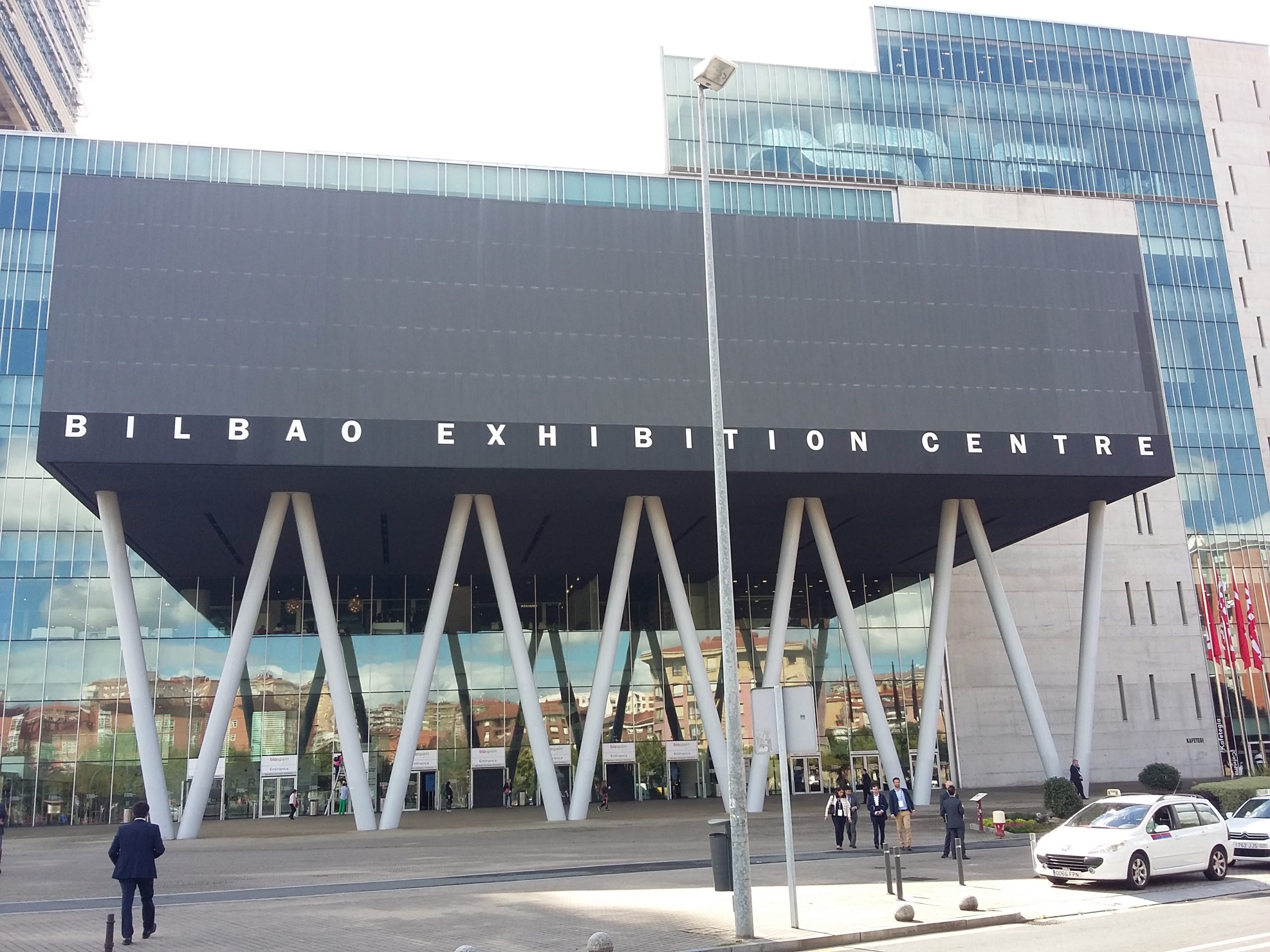 PROALT exhibits and presented at the investment forum in BIOSPAIN 2016

3rd, October 2016
PROALT has attended BIOSPAIN 2016. This year’s event has been held from 28th to 31st September 2016 in Bilbao (Spain). PROALT participated with a booth at the exhibition area of BioSpain. PROALT also met other attendees during the business partnering and presented its business project at the Investment Forum. 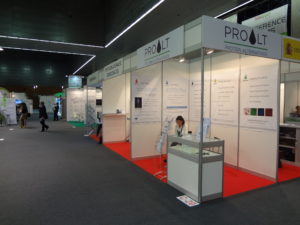 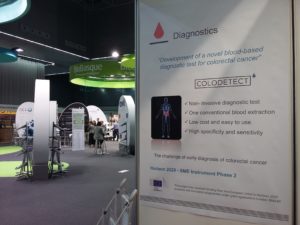 PROALT presented its COLODETECT test for early diagnosis of colorectal cancer in population at risk. Colodetect test is non-invasive, low cost and easy to use for screening of large populations at risk, compared with high complexity tools (colonoscopy/sigmoidoscopy), and will achieve good detection capacity at early stages, which involve better treatment options to improve patient’s survival. Colodetect is in prototype validation phase. 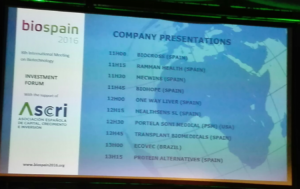 About BIOSPAIN 2016: BIOSPAIN is the largest biotech event organized by a national bioindustry association in Europe and one of the largest in the world by the number of one-to-one meetings (+3.300) and companies participating (+850). 34% of our delegates came from outside of Spain.
BIOSPAIN is organized by ASEBIO, the Spanish Bioindustry Association and each edition is co-organized by a local institution from the host city/region. On the 2016 edition, Biospain is co-organized by the Basque Government through the SPRI, the Basque Business Development Agency.
http://www.biospain2016.org/

About PROALT: Protein Alternatives (PROALT) is a biotechnology company founded in 2006 and located in the city of Tres Cantos, Madrid. PROALT is a focused on the development and commercialization of biomarker-based assays for cancer diagnosis and clinical management. The company also offers its own manufactured innovative recombinant proteins and antibodies, and different custom-tailored integral services in protein design and expression. Service offer is performed under individual customer contracts (CRO) to meet biotechnology industry needs.
http://www.proteinalternatives.com/